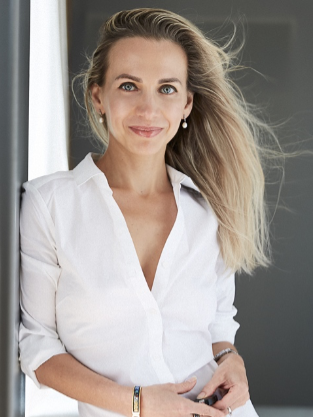 I arrived in Cote d'Azur in February 2020, shortly before the first lockdown for what I thought initially would be a few months. I lived nearly two decades in the UK, and it remains a second home.

Throughout my 15+ years of career, I've been helping companies tell their story. I worked in-house as Communications Advisor for some of the world's most well-known and recognised brands, such as Royal Dutch Shell. After going freelance in 2016, I have worked for some of the world's largest communication agencies in the world (Edelman, Hill+Knowlton, Fleishman Hilliard), advising large corporations and smaller, lesser-known brands on their communications strategy, media relations and reputation.

I'm passionate about storytelling, female leadership, equality and resilience. Since joining PWN, I have become both a mentor and a mentee, which has been a gratifying experience. Over the years, I've mentored a few junior colleagues, and I have been given advice by people I know and respect. I believe that by supporting each other this way, our opportunities to grow and evolve professionally (and personally) expand exponentially. As Glandon Doyle said: "Once we feel, know, and dare to imagine more for ourselves, we cannot unfeel, unknow, or unimagine. There is no going back."